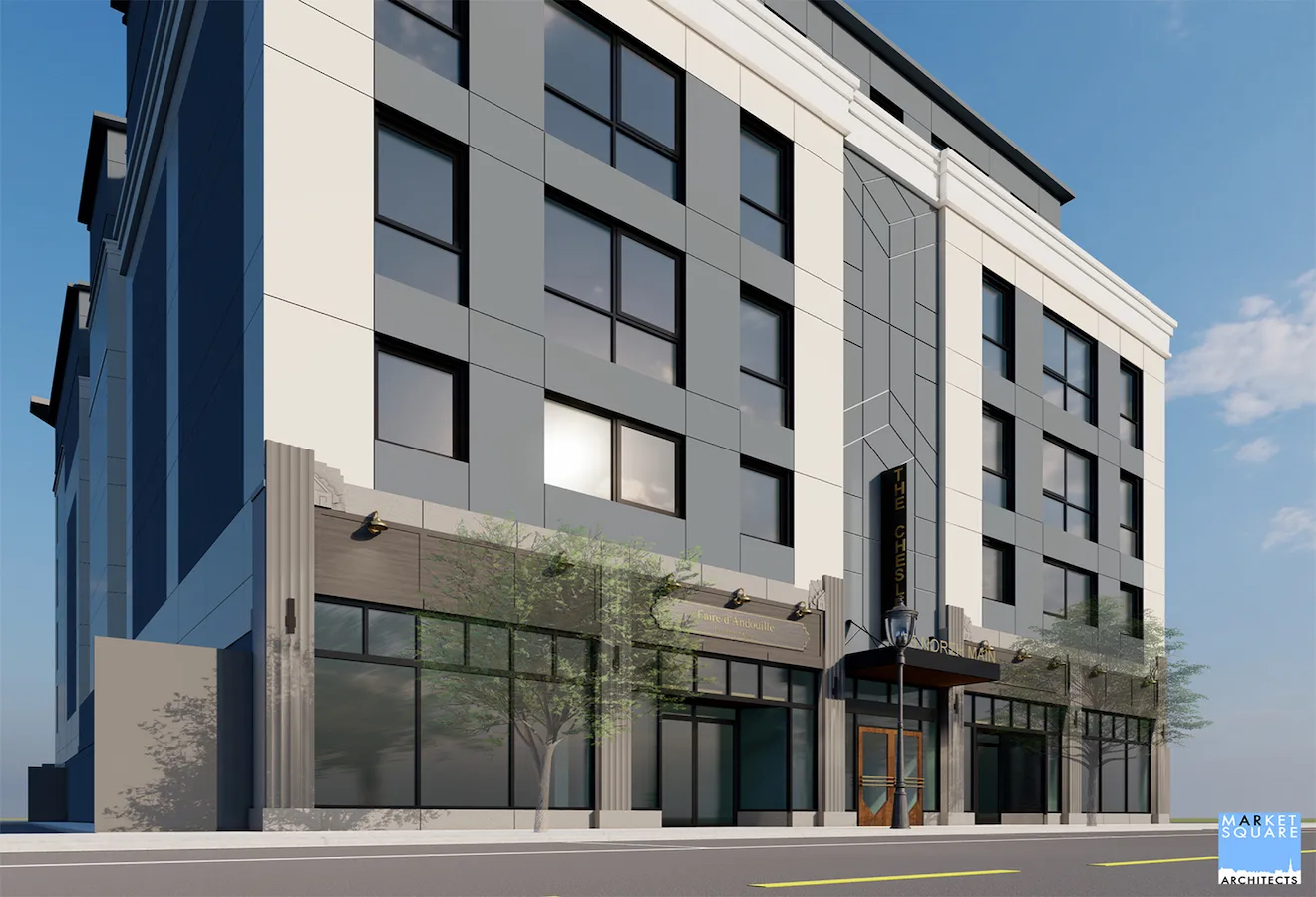 RSA 79-E is a property tax relief program that seeks to encourage investment in town centers and rehabilitate under-utilized buildings within these areas. The application process is made to the governing body by property owners desiring to make improvements that meet 79-E guidelines as well as the public benefit test. In return, the governing body may provide tax relief at a pre-rehabilitation value for a finite period.

The proposed development would replace the former ‘Hoffman Furniture’ building, which has been vacant for decades, and the former ‘Slim’s’ building, home to various food and beverage ventures over the past several years.

According to Grant, the replacement building will be mixed-use with commercial units on the first floor and 45 apartments on the upper levels. The plan also incorporates existing design elements from the current Hoffman building, paying homage to its unique, historic aesthetic.

Councilor Steve Beaudoin announced that he would be opposing the resolution to grant temporary tax relief but stated he believed it to be “a wonderful project” that eliminates a “blight in the downtown.”

“It’s a beautiful building they’re putting in,” said Beaudoin. “The taxpayers stand to make a substantial return on the investment. From that perspective, I would absolutely support this. However, we are facing a parking problem.”

Beaudoin went on to cite several examples of limited or displaced parking around the immediate downtown. “I’m concerned for our downtown merchants as to where their customers are going to park.”

Councilor Fontneau stated that a parking problem could be seen as “a good sign” after years of revitalization efforts. He acknowledged that the parking issue would eventually need to be addressed, considering the amount of development occurring downtown.

Deputy Mayor Walker pointed to a recent parking study and explained that although there may not be parking in the immediate area of need, the study determined that there was ample parking along many of the nearby streets.

Walker stated that the study also concluded that there is enough parking available to accommodate all of the 79-E projects that are currently approved.

Councilor Abbott supported Walker’s argument and stated that in other communities, it’s not unusual for people to walk.

“I think the problem is that people expect to park directly in front of the restaurant they want to dine at, and that’s not the way it works,” said Abbott.

Abbott, however, conceded that the Council “needs to be looking into parking management” but ultimately agreed that a perceived parking problem “is a good thing” after years of an empty downtown.

Following the discussion, the City Council voted to approve the application, 12-1. The City’s Assessor will establish a baseline assessment for the property before construction begins. Once the project is completed, a reassessment will occur.