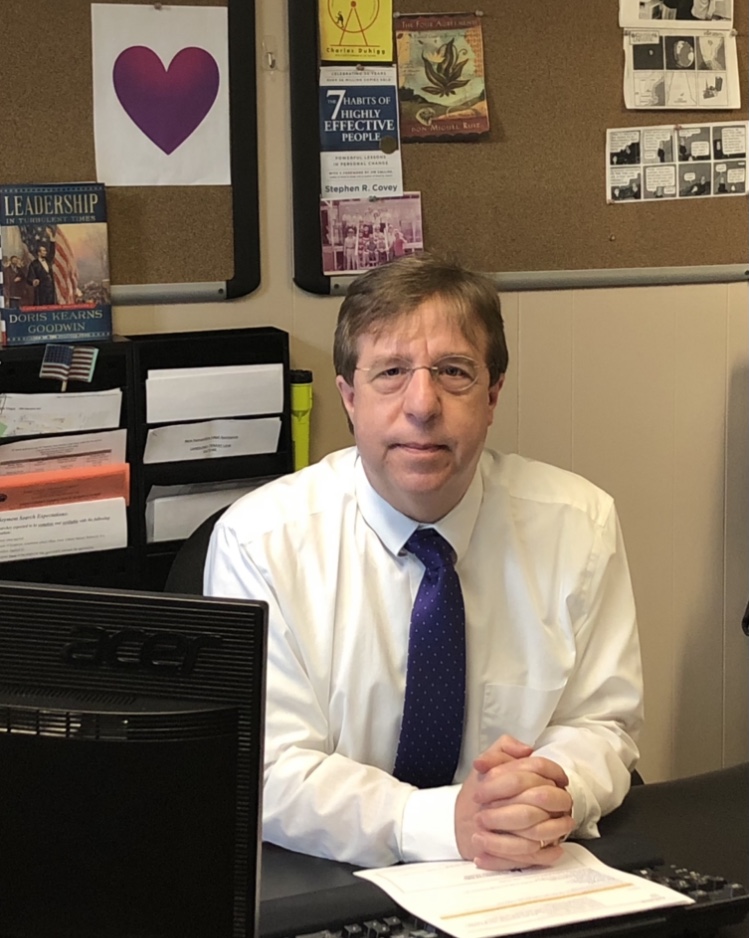 Todd Marsh, Welfare Director for the City of Rochester, member of the Somersworth School Board, and Tri-City Fidelity Committee on Homelessness vice president, will bring his experience to an additional role as president of the New Hampshire Local Welfare Association.

Marsh was recently chosen by his peers to lead the state association, which provides support to its members through leadership and education to assure the humane, equitable, and ethical administration of municipal welfare.

Marsh is the former Residential Manager at My Friend’s Place Shelter in Dover and former Director of the Homeless Center for Strafford County in Gonic. Marsh has served on several elected and appointed public service positions, including the Somersworth City Council, City Charter Review Commission, Ethics Commission, and the Tri-City Mayor’s Task Force on Homelessness.

Manchester Welfare Director Charleen Michaud believes that Marsh’s experience and abilities will be an “asset to the association.”

“Todd has been an important contributor on the NHLWAA’s Executive Board for many years,” said Michaud. “He’s a natural leader and I’m grateful that he’s agreed to be our next president.”

Somersworth Welfare Officer Nancy Poulin, a former social worker in Marsh’s welfare office, believes Marsh’s range of experiences from within municipal government to social services provides him with unique and broad understandings for his additional role as welfare association president.

“Todd is very skilled at navigating and understanding the perspectives and dynamics of different social service providers and government operations, which greatly assists him with problem-solving and community collaborations,” said Poulin. “He is a great choice; especially during this challenging time.”

Rochester City Manager Blaine Cox is not surprised Marsh would be sought and selected for the position.

“Todd has created and continues to hone a deliberately calming, thoughtful and holistic approach model in his office that has reduced assistance recidivism and overall cost to the city’s taxpayers,” said Cox. “He also brings a valuable social service perspective to the city leadership team discussion table.”

“Local welfare is primarily a financial voucher assistance program for basic needs, including rental, utility, and emergency heating assistance with an increasingly secondary role of financial case management, including budgeting and employment search skills,” said Marsh. “We are often a bridge of communication between other area assistance providers and municipal emergency services, code enforcement, schools, and other areas of municipal leadership.”

Marsh shared the importance of local welfare and working together during challenging times.

“Local welfare works collaboratively with many other service providers throughout the state, is proximity accessible, and builds and maintains relationships with local landlords and unique local community assistance services,” said Marsh. “We can be proud of the service we provide while always practicing continuous improvement to meet the increasing ‘dual storms’ of rising housing costs combining with mental health, including substance misuse struggles.”

Marsh has reflected on how his life experiences have contributed to his journey in human services.

“As a child, my mother was raised in Dover and shared with me how she accompanied her mother to the local welfare office and left feeling humiliated and shocked how her mother was treated,” said Marsh. “My father, a construction worker, was the sole income earner in our household and passed away when I was young. To make ends meet, my mother provided full-time, in-home childcare for many children. Largely due to my mother’s childhood experience at the welfare office, she refused to apply for any form of services when we could have reasonably benefited from some. It’s not lost on me that one generation later, I have been elected as the president of the New Hampshire Welfare Association and in a position to further influence a professional and respectful approach with people seeking assistance.”

Marsh expressed appreciation for Pat Murphy, outgoing president of the association from Merrimack.

“Pat continued to professionally move the association’s mission forward before and during the current pandemic situation,” said Marsh. “We should all be appreciative for her skills and efforts.”

Marsh’s additional role will include working with the welfare association’s executive committee and representing them by selectively supporting or opposing state legislation in Concord and being the general point of contact representing the New Hampshire Municipal Local Welfare Association.