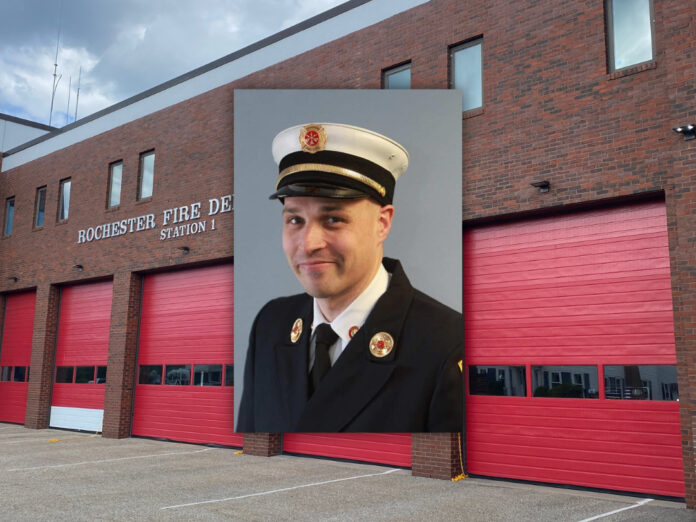 In a letter to staff on June 23rd, City Manager Blaine Cox announced that Dennis Dube has accepted the position of Fire Chief for the City of Rochester. A start date has not been determined at this time.

“Dennis has a long and exemplary record of service with the City of Rochester, which started as a Call Firefighter in 1996,” said Cox. “After becoming full-time in 1998, Dennis went on to provide the City with unbroken service until last year as a Firefighter, Lieutenant, Captain, Deputy Chief of Training, and Deputy Chief of Operations.”

According to Cox, Dube “has forged strong relationships with other City departments as well as the Rochester community-at-large” and “these connections, as well as his 25 years of service to Rochester as a firefighter and in leadership roles in the Fire Department, made him the ideal candidate to fill this vital position.”

Cox concluded by saying Dube has “played a large role in making the Rochester Fire Department the premiere fire services organization that it is today.”

In a staff interview, Dube stated he is looking forward to returning to the Rochester Fire Department and is “ready to hit the ground running.”

“I’m proud to work with the members of this department,” said Dube. “Ultimately, they are what brought me back. I look forward to working alongside them to serve the people of Rochester.”

The Rochester Police Department has received several reports of Bigfoot sightings in the downtown...
Elections

Lilac City Pediatrics move to bring end of an era: ‘Dr. Hoerman made us feel like family’

The Rochester Police Department has received several reports of Bigfoot sightings in the downtown...
Elections