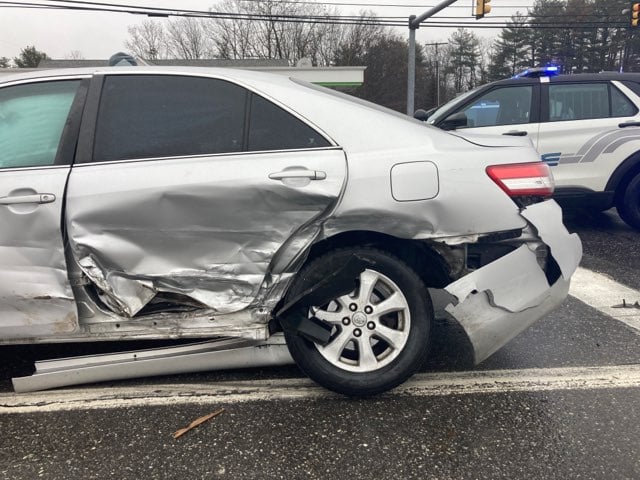 On Sunday, January 2, 2022, at approximately 10:34 am, Emergency Services responded to the area of Cumberland Farms and Hannaford Supermarket, on North Main St., for a reported head-on motor vehicle collision with entrapment.

Emergency personnel arrived on the scene to find three heavily damaged vehicles in the roadway, along with one unresponsive driver entrapped in one of the vehicles. The driver was extricated and transported to Frisbie Memorial Hospital where he was pronounced dead.

Due to the seriousness of the accident, the immediate area was closed while the Strafford County Regional Technical Accident Reconstruction Team was called in to assist with the accident investigation.

Preliminary investigation indicates a black Honda Civic, operated by David Perkins, 50, of Manchester, was traveling north on North Main St. when he crossed the double yellow line and started traveling in the southbound lane of travel. The Civic struck an oncoming silver Toyota Camry, operated by Troy Raymond, 33, of Manchester, causing the Camry to spin around. The Civic continued on and struck a red Chevy pickup, operated by David Thomas, 50, of Rochester, traveling south head-on. Perkins was pronounced dead while Raymond and Thomas both sustained minor injuries. All 3 vehicles were towed from the scene.

At this time, the incident remains under investigation. Anyone who has information about the incident is encouraged to contact the Rochester Police Department at (603) 330-7128.

You can also provide information and remain anonymous by calling the Rochester Crime Line at (603) 335-6500 or Text to CRIMES (274637) Body of Text: TEXT4CASH + your tip. Cash rewards are offered for information that leads to an arrest.