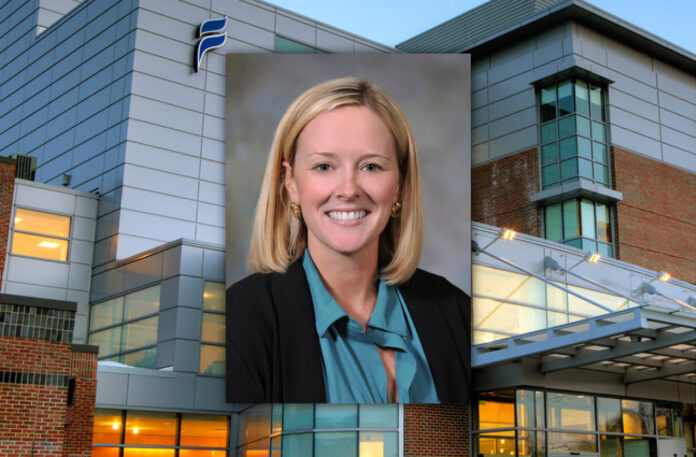 “Megan has proven to be a compassionate and committed leader since joining HCA Healthcare and we’re confident that she’s going to be a great fit here at Frisbie,” said Tim Jones, chief executive officer at Frisbie Memorial Hospital. “Her experience at the bedside, in leading teams, and at the operations level will be invaluable to us, and we’re excited to have her join the team.”

Megan brings to the role nearly two decades of nursing experience – bedside, education, and leadership. Prior to joining HCA Healthcare, she worked at Seacoast-area hospitals in various nursing and supervisory roles. She also served as an assistant clinical and adjunct nursing professor for the University of New Hampshire (UNH) Nursing Department for 10 years.

During her tenure at Portsmouth Regional Hospital, Megan has been part of several initiatives and growth projects including the implementation of the new education model across the New Hampshire market; awarded Comprehensive Stroke Center designation along with the Neurosciences team which she oversaw; helped launch the Stroke and Brain Aneurysm clinic; Neurohospitalist program; and the expansion of the Intensive Care Unit, Cardiac Surgery Stepdown Unit, and Progressive Care Neuro Trauma Unit.

She earned her Bachelor’s in Nursing from Quinnipiac University in Hamden, CT; a Master’s Degree in Nursing – FNP track, and a Doctorate of Nursing from the University of New Hampshire (UNH). Megan serves on the academic advisory councils for UNH, Great Bay Community College, and Franklin Pierce University. In 2022, she was elected to the New Hampshire Nurses Association board of directors for a two-year term.