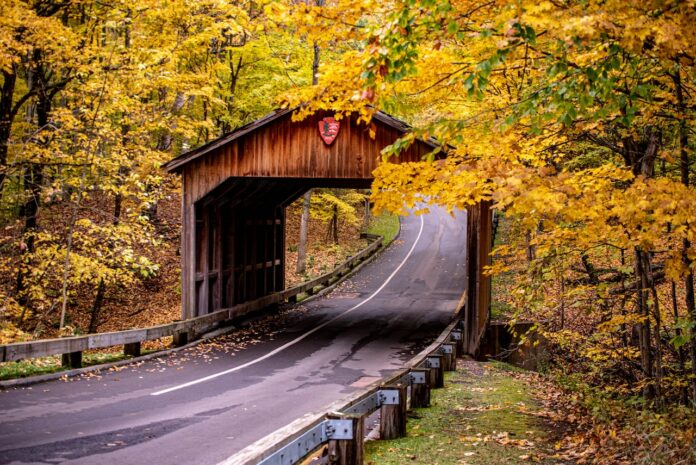 Covered Bridges of New Hampshire is an engaging and well-illustrated history of the remaining covered bridges in the Granite State. The 288-page, full color, softcover features the author’s own current-day photography of all sixty-one covered bridges, paired with historical photos in a then-and-now-theme.

The histories of the historic covered bridges of New Hampshire have been collected with exhaustive research and constant fact-checking. The new book has been endorsed by the National Society for the Preservation of Covered Bridges, with co-Vice President Scott Wagner saying, “This book is a must-have reference guide and historical resource for everyone who appreciates covered bridges” and President Bill Caswell stating, “Kim has thoroughly researched each bridge and provided documentation to support, and sometimes correct, the stories found in other books and periodicals.”

New Hampshire was once home to over 300 covered bridges. Built before the idea of an automobile was even conceived, many of these covered bridges could not handle the increased traffic and were replaced with modern steel or concrete structures. Many were neglected and eventually lost to the rot and decay of time. Many more were destroyed.

The event will take place on Saturday, December 3rd at 11am, in the Community Room at the Rochester Public Library, 65 South Main Street. All are welcome. No RSVP is required.