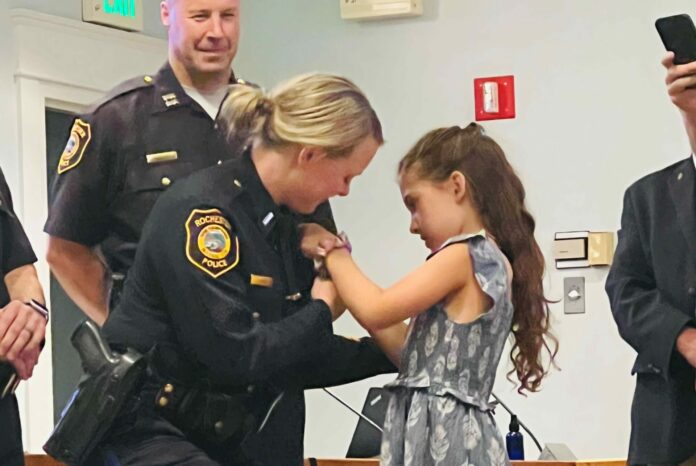 During the past two Police Commission meetings, several officers were promoted, sworn in for service, and honored for their work. The ceremonies included Lieutenant Elizabeth Turner, Sergeant Carl Root, Officer Aidan Birmingham, and Officer David Lombardi. 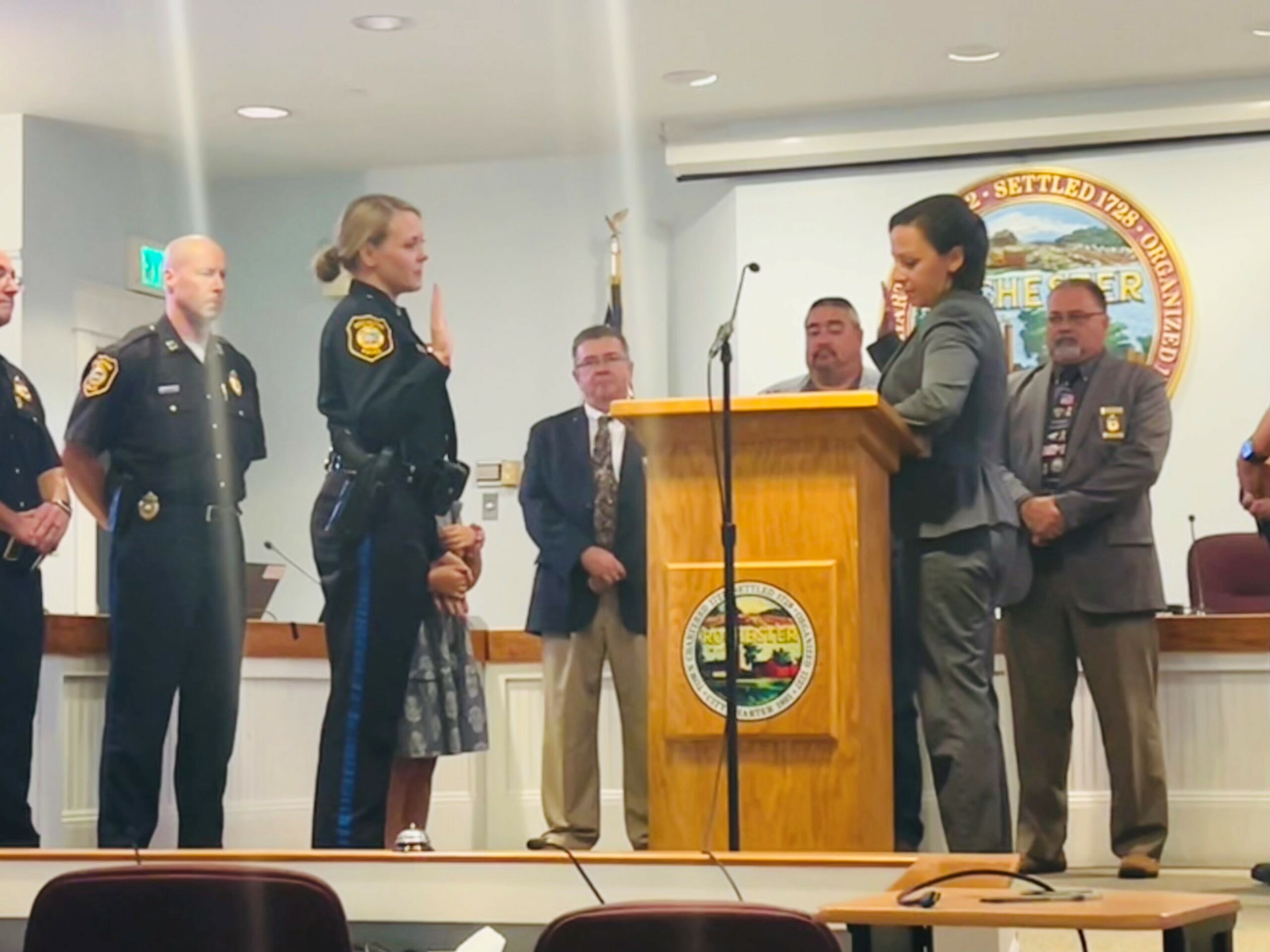 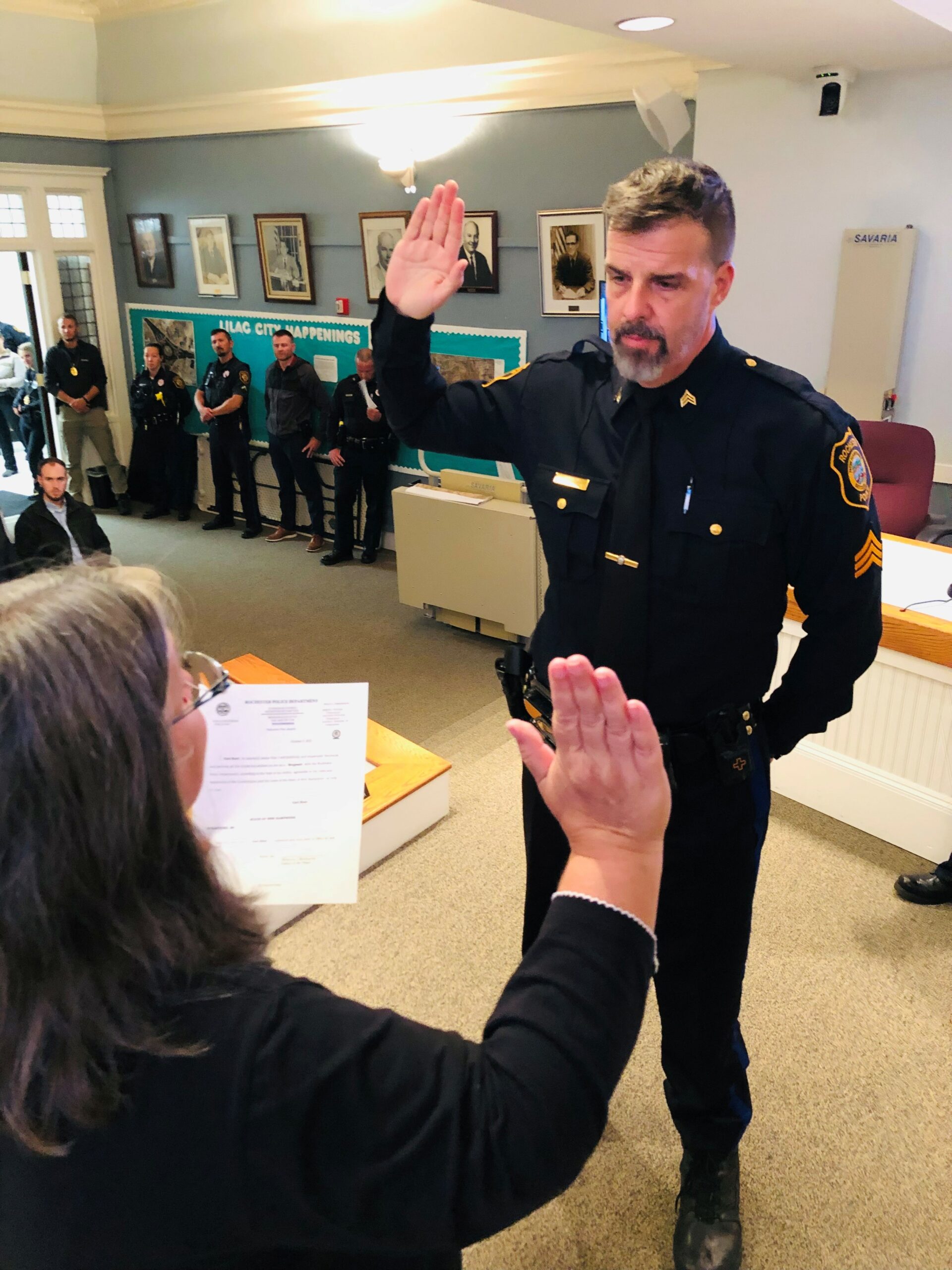 Sergeant Carl Root
Det. Carl Root was promoted to Sergeant. Sgt. Root came to Rochester PD in 2019 after a distinguished 26-year career with the NYPD. Sgt. Root “retired” from NYPD, but still had a passion and love for this job. Sgt. Root has a vast amount of experience he brings with him. Some NYPD highlights are: 4 years as special assignments sergeant which oversees large scale operations, developed and oversees strategic response unit. Sgt Root spent 7 years as a sergeant supervising various assignments such as hazardous materials, counter-terrorism, anti-crime, intelligence, street narcotics and the list of training and certifications is very lengthy. Chief Boudreau noted that during Sgt. Root’s initial interview, Sgt. Root spoke of his love for this job, and his passion for helping victims of crimes and making a difference in their lives. 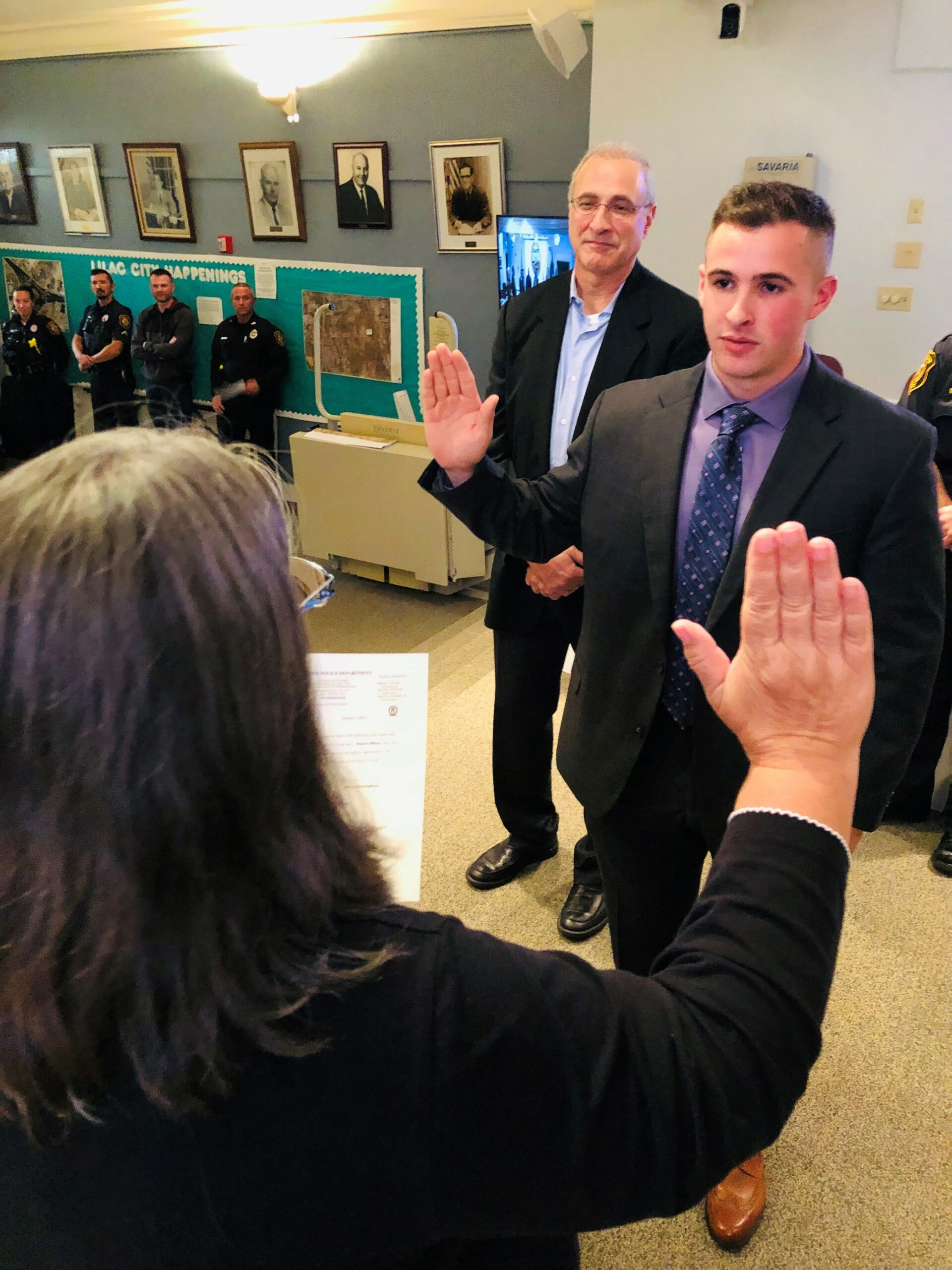 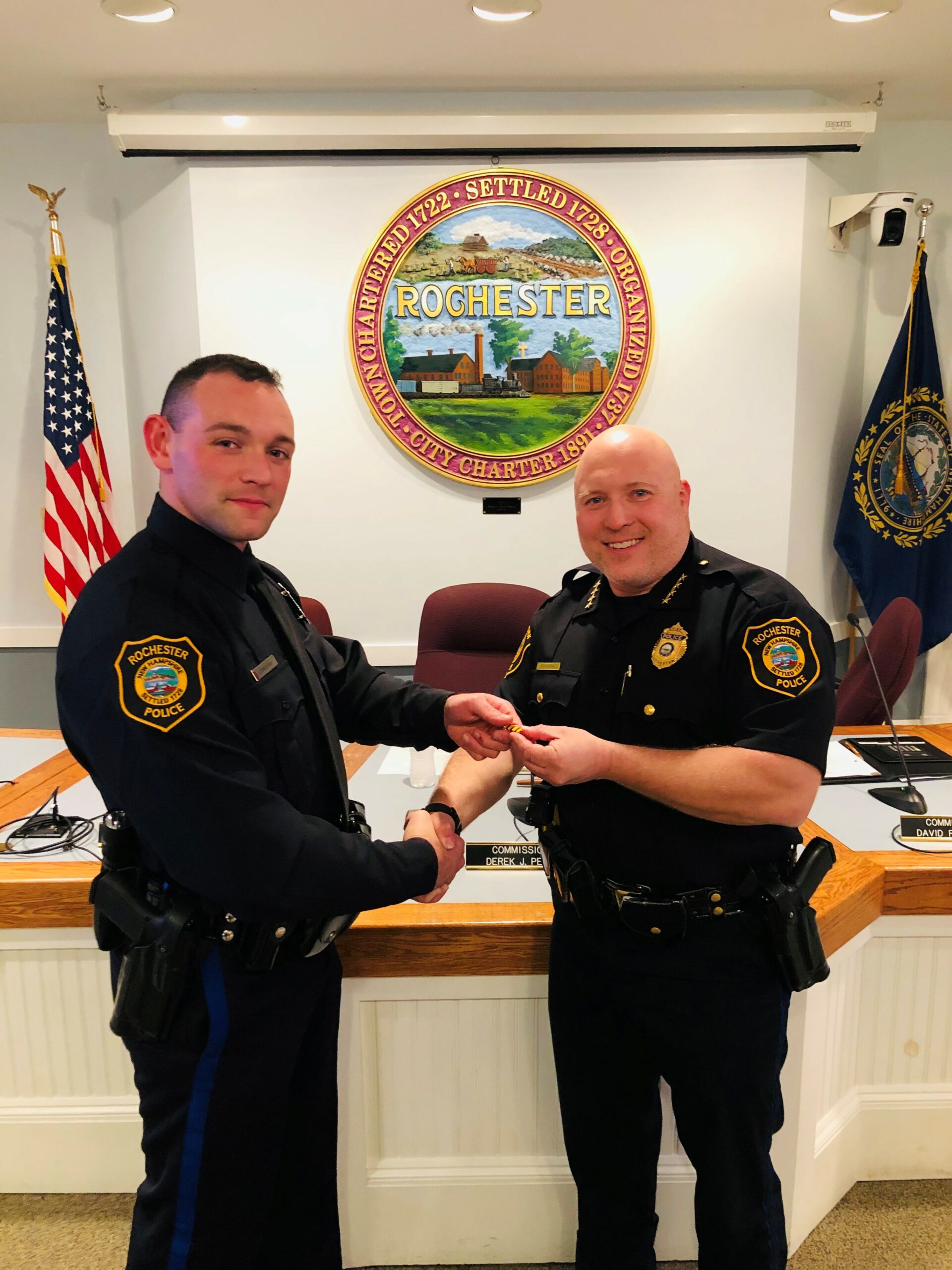 Officer David Lombardi graduated the 189th NH Police Academy on September 23, 2022. This is a 16-week training course in which officers become full-time certified as a NH Police Officer. During the academy, every recruit is evaluated for academics as well as physical fitness. At the end of every academy, each recruit receives a ranking. For the 189th session of the police academy, Officer Lombardi received the overall top academic award AND received the top physical fitness award. It is rare that the same candidate from the one session receives both top academic and physical fitness award. Officer Lombardi received a ribbon from chief Boudreau which signifies his number 1 rating for top academics which he can proudly display on his uniform.