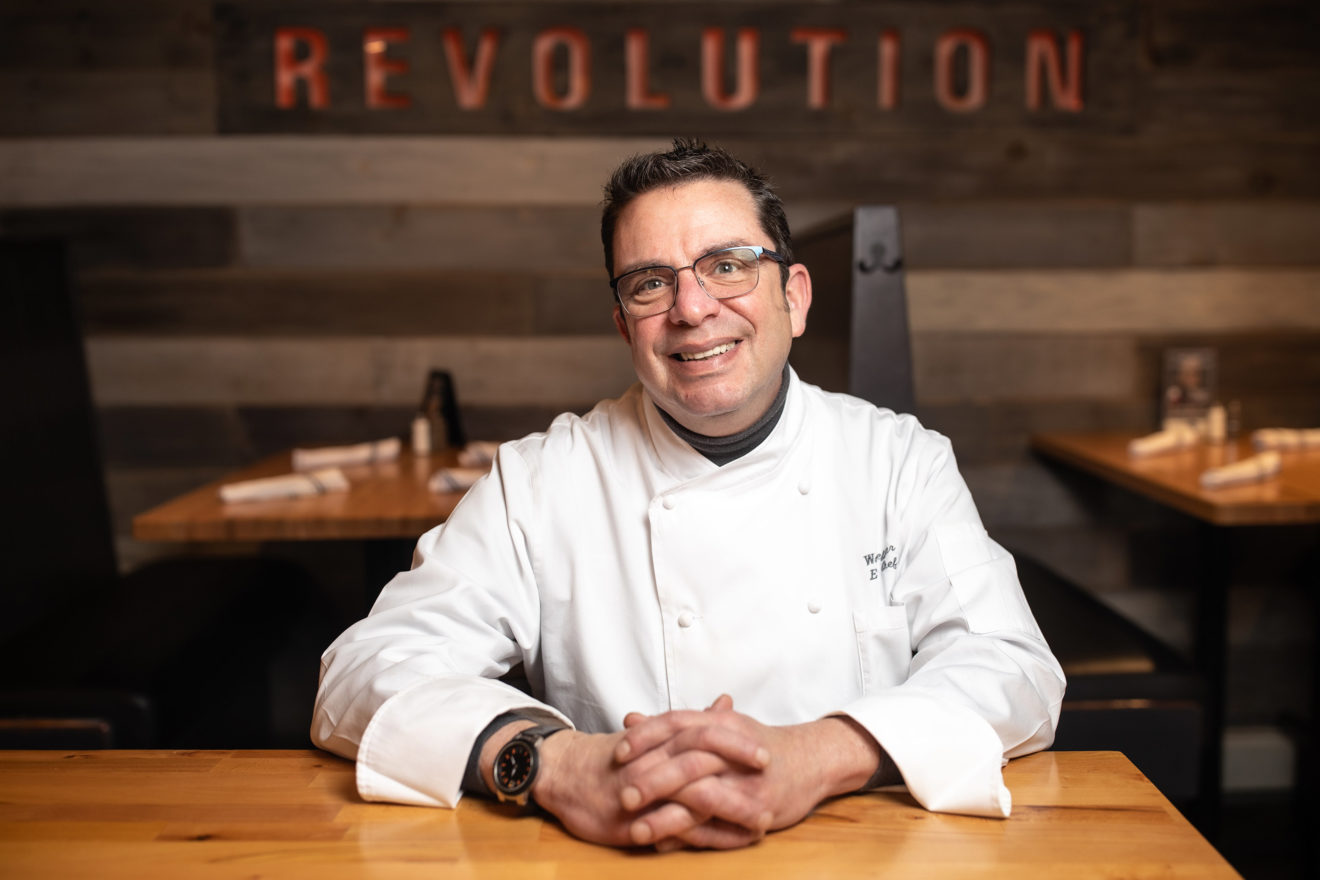 Not long after retiring to Maine following more than four decades as a renowned chef—called upon over the course of 40 years to prepare food for presidents and first ladies, the James Beard House, celebrities, and more—Chef Walter Leffler got bored. When he started looking for work on the Seacoast, though, his too-good-to-be-true resume garnered him little response, despite being highly sought-after throughout his career.

Only after he developed an abridged version that overlooked many of his extensive accolades did he get a bite, ultimately landing as the new Executive Chef at Revolution Taproom & Grill in downtown Rochester.

Before joining Revolution, Chef Leffler led kitchens at some of America’s most elite hotels, from Louisville’s Seelbach Hilton, which serves as a destination near Churchill Downs — home of the Kentucky Derby — to the Willard Room at Washington D.C.’s Willard Intercontinental just outside the White House grounds, where former First Lady Nancy Reagan dined three times a week — to the Hilton Short Hills, just outside of New York City where he spent 13 years of his career, the only 5 diamond Hilton restaurant worldwide.

Chef Leffler has been sought out to serve as chef for presidential inaugurations, birthday parties for celebrities ranging from Shaquille O’Neal to Julia Child, as well as the launch party for fellow chef Anthony Bourdain’s signature book, “Kitchen Confidential.”

“While Revolution has long been proud of our menu and our contribution to New Hampshire’s restaurant scene, Chef Leffler is taking things to another level thanks to his experience working almost exclusively in some of America’s best kitchens,” Revolution Co-Owner Stacey Marchionni said. “He’s a rock star in the culinary world, and we’re extremely lucky to have him.”

Now, as Revolution regains its footing following an extended closure due to the COVID-19 pandemic, Chef Leffler has overhauled the menu and brought with him the expertise that comes from working in one of only a handful of AAA’s five-diamond, five-star restaurants in the western hemisphere, plus a couple dozen stints at the James Beard House — the Carnegie Hall of the culinary arts. 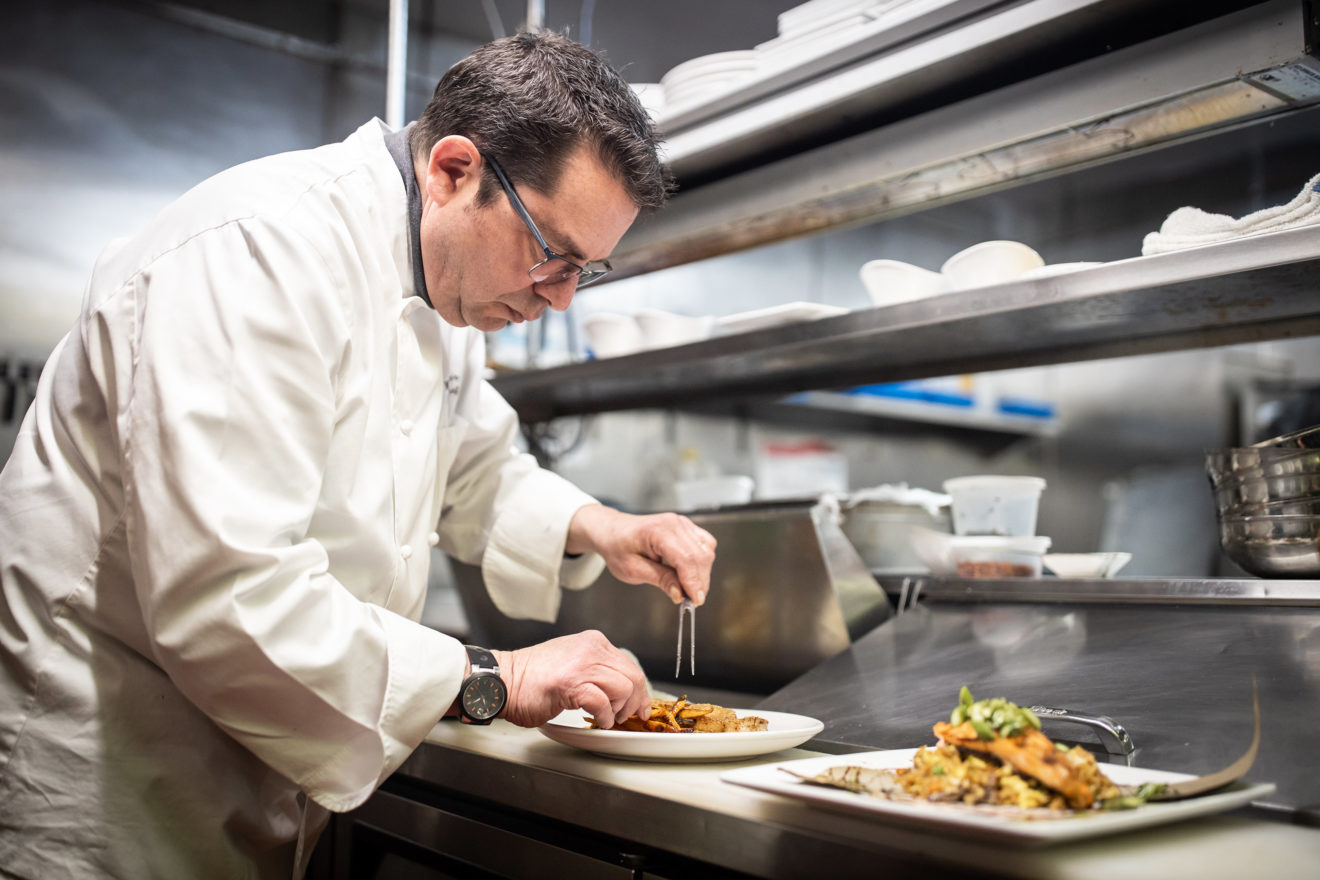 “Retirement wasn’t for me, so I was glad to be able to get back to work and join a place like Revolution, where I have the freedom to be as creative as possible in executing a menu that’s unlike anything in the area,” Chef Leffler said. “My career has led me down some really interesting paths and I’ve been proud to cook for every president since Richard Nixon, not to mention some other pretty famous people along the way.”

Revolution is now serving lunch and dinner on its large patio as well as indoors Wednesday through Sunday from 11:30 a.m. to 9 p.m., and its Roadside Revolution pickup service is available by calling 603-244-3022 for those wishing to take items from Chef Leffler’s menu to go. Revolution will be expanding its hours to seven days a week later this summer.

Revolution Taproom Bar & Grill is taking all necessary COVID-19 precautions. All staff are required to wear masks and their temperatures are being taken. All surfaces, including door handles, faucets, menus, tables, chairs, and points of service are being sanitized and disinfected. Diners are asked to wear a mask any time they leave their tables.