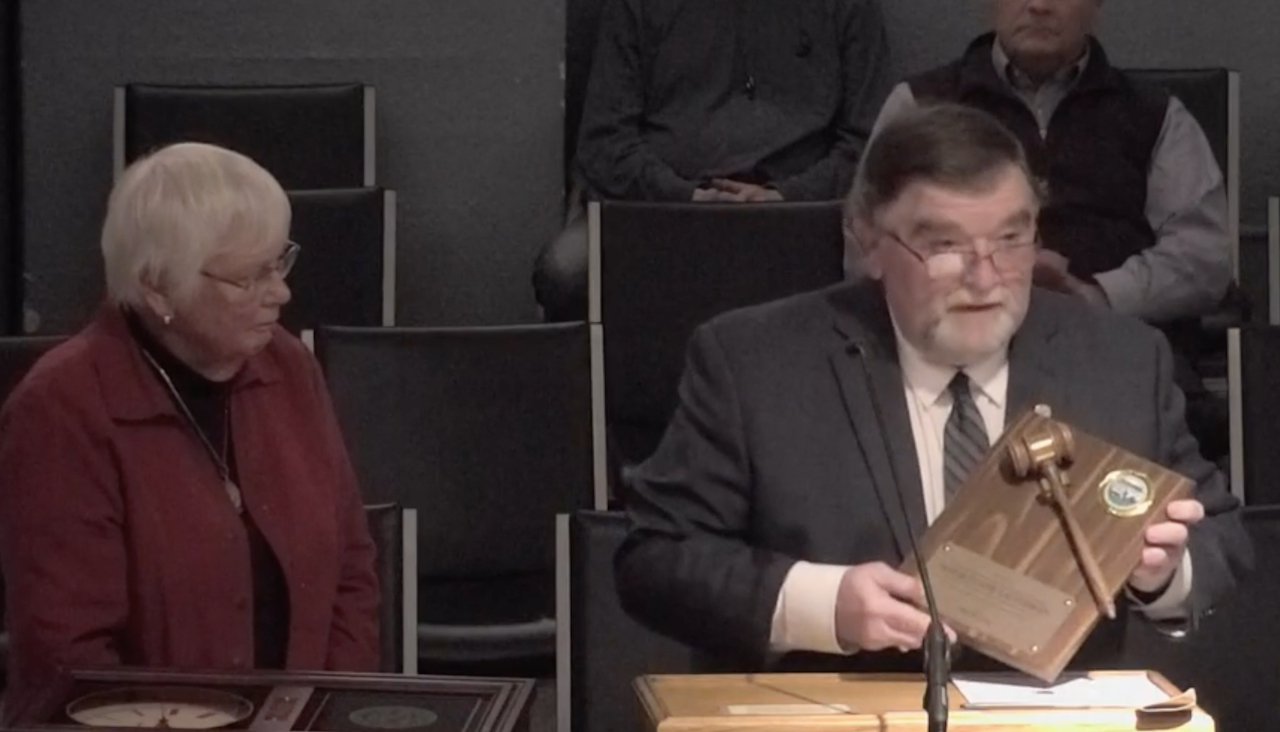 In addition, longtime Councilor and current Deputy Mayor, David E. Walker, was presented with a special clock in recognition of more than 20 years of service.

“I would like to thank the citizens of Rochester, Ward 4 particularly, for electing me for so many terms,” said Walker. “I do believe, City Manager, that you have the best staff I’ve ever seen. I would like to extend my congratulations and thanks to the city staff that helped me over all the years. I’ve kind of jabbed ’em a few times but it’s all been in good fun. You guys are the best. I will miss you all… temporarily at least.”

Mayor Lauterborn, who did not seek reelection, also received a clock as well as a ceremonial gavel. Walker, who presented the recognition, described Lauterborn as “studious and thoughtful” in her work. He went on to say “she’s done a terrific job and will be sorely missed” on the council.

Lauterborn described her tenure as “a great run” and thanked the citizens of Rochester and Ward 2 for their “support and kind words” over the years.

“There are a lot of rewards, serving on the Council, and being a part of the community… Intrinsic rewards, not this stuff,” Lauterborn said in reference to the clock and gavel.

“I’m especially grateful for the friendships that have formed in my time serving the City,” Lauterborn continued. “For those of you [council members] that are continuing, God bless you and thank you.”