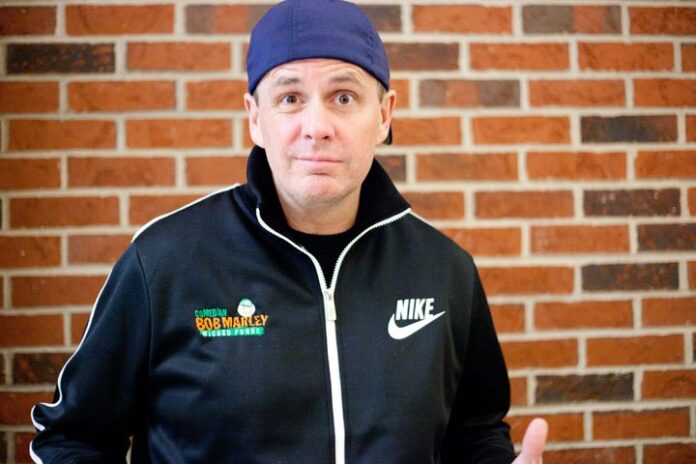 Comedian Bob Marley (Tuesday, December 27)
Bob loves being a comedian. He’s wicked good at it! He lives in Maine which is the best state in the world – maybe even the universe. And he’s a glutton for punishment – which means he’s back to ROH again this year. Featured regularly on SiriusXM Radio, he was inducted into the Guinness Book of World’s Records for The Longest Stand Up Comedy Show by an Individual – clocking in at 40 hours of continuous standup! ​Limited seating is available.

Comic Hypnotist Frank Santos, Jr. (Saturday, February 18)
Frank Santos, Jr. has been mesmerizing audiences for over 20 years with his spectacular display of mind-bending antics that can turn any skeptic into a fan. No two shows are ever the same as the audience becomes the stars. Under his hypnotic spell, audience members are more than willing to follow every command, from awkward to outrageous in the unpredictable, hilarious, laugh-until-your-sides-hurt R-rated comedy show. Santos is returning to our stage by popular demand for an eighth season.

Comedian Lenny Clarke & Friends (​Saturday, May 13)
Veteran Boston stand-up comedian and actor, Lenny Clarke was the most famous “saloon comic” in Boston during the 1980s, the heyday of the Boston comedy scene. He has traveled the world as a standup. His gifted comedic abilities captured the attention of the legendary Rodney Dangerfield who gave Lenny his first big break on television, casting him on the 1988 HBO special “Nothin’ Goes Right.” His films include “Me, Myself, and Irene,” “Rounders,” “There’s Something About Mary,” “Two if by Sea,” “Southie,” and “Massholes”. With his material and his perspective in an old-school Don Rickles vein, his attitude is very much that of a quick-witted young comic. Clarke is unpredictable in a very good way—you don’t know where he’s going to go next!

The Rochester Opera House, located above City Hall at 31 Wakefield Street, is a nonprofit organization dedicated to a mission of “Arts For All”. Tickets and showtimes are available at www.rochesteroperahouse.com or by calling (603) 335-1992.