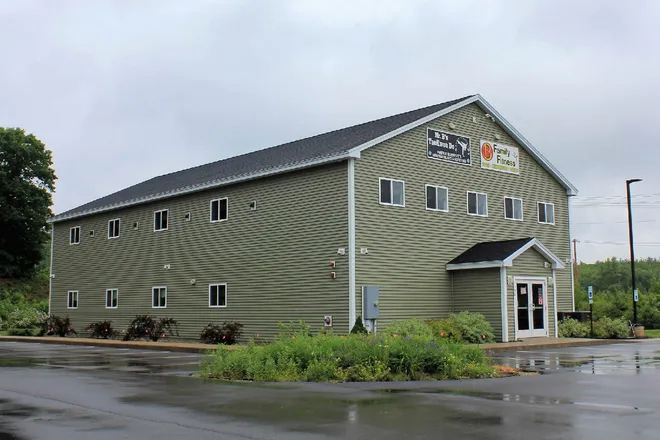 The Willand Warming Center, which serves the Rochester, Somersworth, and Dover communities, has released an informative list of ‘frequently asked questions’ for those seeking to learn more about their respective services. Contact (857) 323-0388 for additional information.

WHY ISN’T THE WARMING CENTER OPEN WHEN IT’S COLD?

During extreme weather, the Willand Warming Center is designed to serve those who:

HOW DO YOU DECIDE WHEN TO OPEN?

As it has been done for the last 4 years, the decision to activate the Warming Center is made by area Emergency Management Directors and the Population Health team at Connections for Health, the organization that operates the Willand Warming Center. Those 4 years have provided tremendous insight into the best way to organize and operate a Warming Center environment so it can serve the people it is designed to serve when the weather creates a life-safety risk.

The decision to activate includes analysis of several things including:

HOW DO PEOPLE KNOW WHEN THE EMERGENCY WARMING CENTER IS OPEN/ACTIVATED?

Warming Center Activations are announced on the @SCEmergencyshelter Facebook page. The Activation notice is also sent out through a number of email distribution lists to community health and social service partners, housing partners, city and town leaders and representatives, area first responder dispatches (police & fire), and to NH’s 2-1-1 program. Warming Center guests can sign up to receive a text message when an Activation is announced. Activations are usually announced at least 24 hours before opening.

WHAT ELSE IS IMPORTANT TO UNDERSTAND ABOUT THE EMERGENCY WARMING CENTER?

Staffing Model: The Strafford County regional emergency warming center operates with a combination of volunteers and paid staff who are not recruited or retained for extended activations. History and experience in our region support continuing with this activation model because it prioritizes client life-safety while balancing funding, staffing, and volunteer resources under the guidance identified above.

History: In the 4 years that the Emergency Warming Center option has been available, it has been activated to protect our most vulnerable residents more than 15 times. There have been no cold exposure-related deaths identified among homeless or housing insecure people in Strafford County during those 4 years. That knowledge, combined with the decision-making process that we use almost daily, suggests that the guidelines we use to open the Warming Center are meeting the goal of keeping people alive.

WHAT MORE CAN WE DO?

The current Willand Warming Center model meets our Community’s goal to protect vulnerable populations from freezing to death in extreme weather. We are grateful that our Community believes sheltering goals should go well beyond simply keeping people alive, as is everyone who serves or supports our vulnerable neighbors.

Fortunately, there are more social service resources available today than at any point in the last decade in Strafford County.

Unfortunately, there is also less affordable housing in the region and fewer employment opportunities that pay enough to afford the rising costs of the housing that is available now.

Many unstably sheltered neighbors are living with un/der treated mental health, medical, or substance use disorders, which often makes it harder for them to compete for jobs or maintain stable housing when they can access it.

Adequate safe shelter for anyone who wants it when they cannot shelter themselves is an important Community goal, regardless of the season. Meeting that goal requires more support for, investment in, and coordination of services that help people get and stay healthy and housed. While the Willand Warming Center is not structured or staffed to meet that Community goal, we are fortunate to have strong and capable local health and social service partners. We look forward to positive community engagement in the many ways we can support them and their critical work.

Engagement opportunities include making sure your local and state representatives know how you feel about the need for increased access to year-round shelter (or running for office yourself!), taking a training to volunteer at the Willand Warming Center, or reaching out to any of the many wonderful shelter partners in the Greater Strafford County region to ask them how else you might support them.