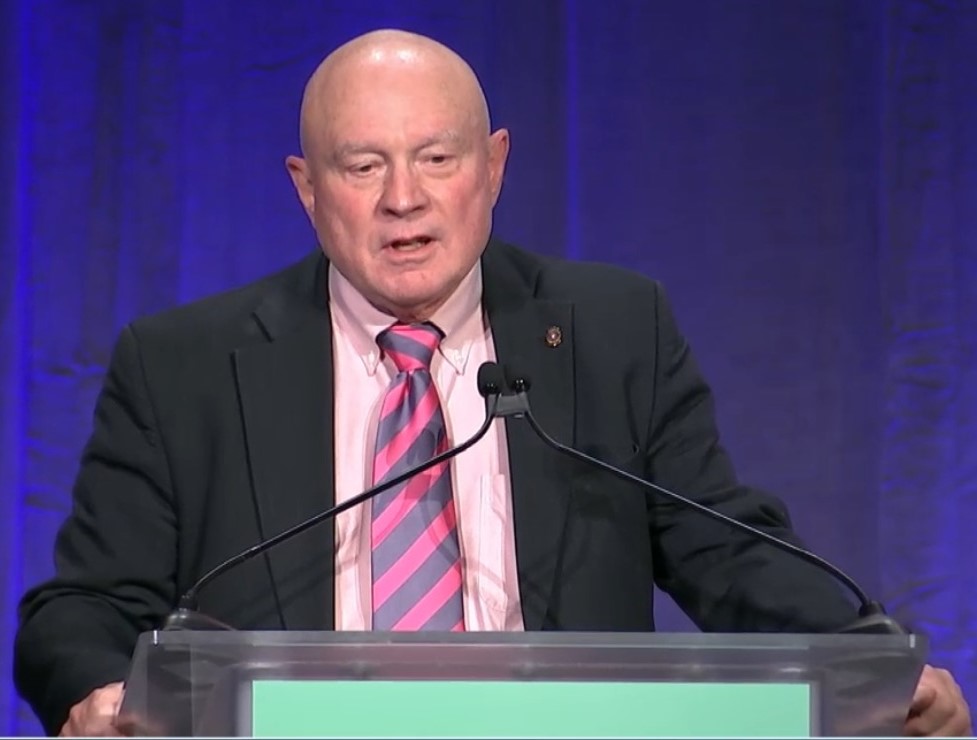 In a career spanning forty-three years, Daniel Fitpatrick has served eight cities and several stints in the private sector, bringing inspiration and innovation to each position. He has been an advisor and teacher, leading by example and mentoring dozens of young professionals and peers who seek his guidance. Fitzpatrick has also contributed significantly to ICMA as a thought leader, writer, and teacher.

Fitzpatrick has been city manager in Rochester, New Hampshire; Englewood, New Jersey; Peekskill, New York; Oak Park, Michigan; Augusta, Maine; Ogdensburg, New York; and Poughkeepsie, New York; finance director in Poughkeepsie, and city auditor in Troy, New York. In the private sector he was a vice president and CFO at Blasland, Bouck and Lee, a consulting firm, and a regional vice president at Eastern Cleaning Services—positions that gave him a perspective on the differences between service in public and private organizations.

While serving as city manager of Augusta, Fitzpatrick’s “reengineering” of the state’s capital city resulted in a narrative in American City & County magazine and earned him ICMA’s Award for Excellence in Honor of Mark E. Keane. In Oak Park, he instituted total Quality Management (TQM) program that was recognized by ICMA with a Program Excellence Award for Innovations in Local Government. The TQM program was also highlighted by the Michigan Municipal League and the National League of Cities. His initiatives in Oak Park earned two other ICMA awards as well. In 2004, Fitzpatrick was the recipient of the prestigious National Public Service Award co-sponsored by the National Academy of Public Administration and the American Society for Public Administration. In 2005 ICMA awarded him its Award for Career Development in Memory of L. P. Cookingham for his contribution to the career development of young professionals.

Fitzpatrick’s service to the profession began in 1979, when he served as an instructor in the ICMA Training Institute, which later evolved into the ICMA University. He mentored the first graduate of the ICMA Certificate in Management Program in 2001 and continued as an ICMA trainer for many years.

Based on his experience in the public and private sectors, Fitzpatrick has contributed to ICMA publications over the years, writing Public Management (PM) magazine articles, Management Information Service reports on contracting and customer service, and serving as a reviewer/advisor for several ICMA textbooks. He was one of twenty practitioners who were invited to participate in the ICMA/University of Kansas Hansell Symposium on the Future of Local Government, and his contribution was included in the ICMA book The Future of Local Government Administration.

In nominating him for the Distinguished Service Award, Fitzpatrick’s colleagues described him as a thought leader and “a literal icon in our profession.” He is recognized for his dedication, professionalism, and commitment to innovation and staff development in his contributions to

The ICMA Distinguished Service Award is given to a manager retired from the profession for a minimum of two years and who has made an outstanding contribution to the management profession and local government. This award is not given to recognize years of service, nor is it selected by the Awards Evaluation Panel. Rather, it is conferred by the ICMA Executive Board. It recognizes a manager whose service in his or her community or communities has been judged by peers as strong or exceptional, and who has made major contributions beyond direct service to local government. Dan Fitzpatrick is honored with the Distinguished Service Award for his commitment to the profession.

In addition to in-person and virtual conference recognition, the 2021 ICMA award recipients will be highlighted in the October 2021 issue of PM magazine.

About ICMA
ICMA, the International City/County Management Association, advances professional local government worldwide. Our mission is to create excellence in local governance by developing and fostering professional management to build livable communities that improve people’s lives. ICMA provides member support; publications; data and information; peer and results-oriented assistance; and training and professional development to nearly 12,000 city, town, and county experts and other individuals and organizations throughout the world. The management decisions made by ICMA’s members affect millions of individuals living in thousands of communities, from small villages and towns to large metropolitan areas. Learn more at icma.org.