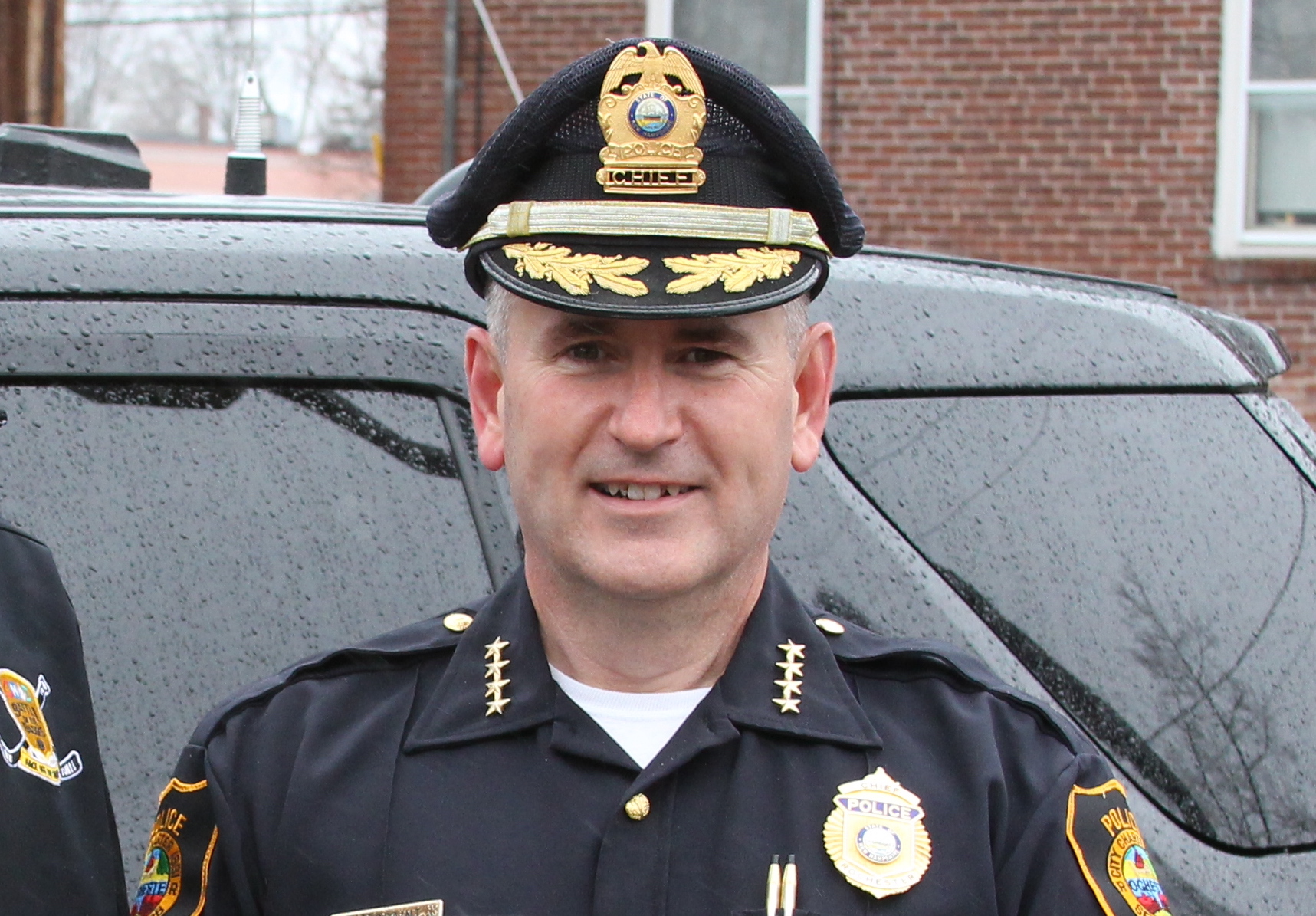 Over the course of his career, Toussaint worked as a Patrolman, Field Training Officer, Detective, Sergeant, Lieutenant, Prosecutor, Captain (Support and Patrol Division), and Deputy Chief, before becoming Chief in 2016. He also served as Team Commander for the Strafford County Regional Tactical Operations Unit.

“I’m honored to have served as Police Chief for the past 5 years,” said Toussaint. “It’s been a privilege to work with so many dedicated people in this department. I wish them all the best.”

Mayor Elaine Lauterborn described Toussaint as a selfless leader and thanked him for his years of dedication and service to the City of Rochester.

“Chief Toussaint’s retirement is bittersweet,” said Lauterborn. “We’re sad to see him go but happy to know he’ll have more time with his family. On behalf of the citizens of Rochester, we thank Paul for his service and wish him well in his future endeavors.”

According to David Stevens, Police Commission Chairman, Toussaint is “a great example of someone that exhibited a steadfast commitment to the department and worked his way up the ranks over the years.”

“Paul has been a pleasure to work with and provided valuable and inspirational leadership to this department,” said Stevens. “We wish him all the best and we thank him for his service and professionalism.”

“Thankfully we have a good succession plan in place,” continued Stevens. “We have two success stories here, Gary and Jason have worked in Rochester for their entire careers. We’re in good hands with them and grateful for their continued service.”

Deputy Boudreau is a native of Rochester. He’s been with the Police Department for 24 years, taking over as Deputy Chief in 2017. Over the course of his career, Boudreau served as a Patrol Officer, DARE Officer, School Resource Officer, Evidence Technician, Patrol Supervisor, Patrol and Support Division Commander, and Commander of the Strafford County Tactical Team.

“It’s been a privilege to serve with Paul over the past several years,” said Boudreau. “I look forward to working with Jason [Thomas] to continue the great work happening here in Rochester.”

“I’m honored to accept the position as the new Deputy Chief,” said Thomas. “I’ve dedicated my entire career to serving the people of my hometown and it’s been my privilege to be a part of this team for so many years.”

The Police Department will eventually hold a ‘Changing of the Guard’ ceremony and final walkout for Chief Toussaint. The exact date and location are yet to be determined.