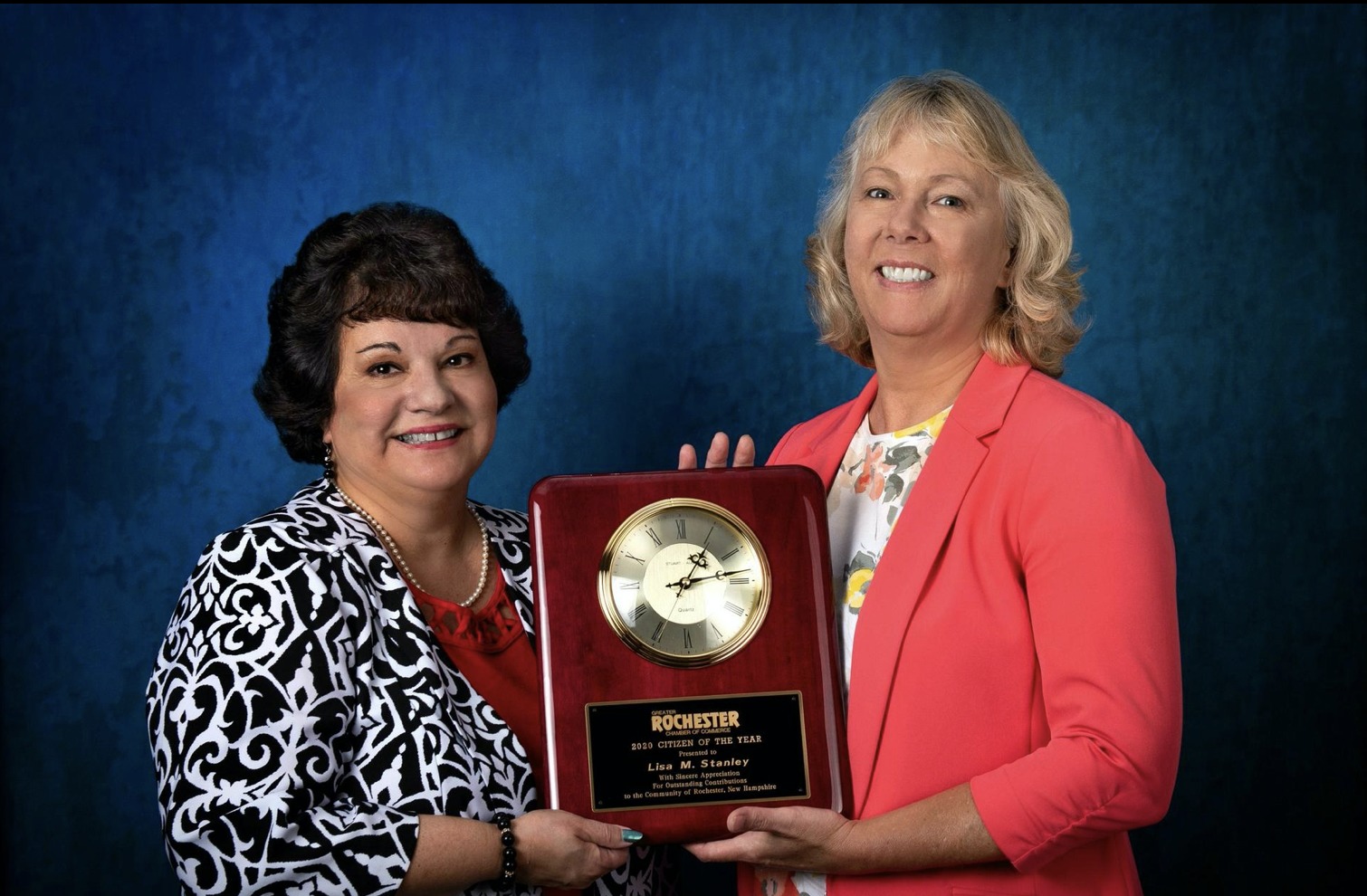 The Greater Rochester Chamber of Commerce has named its 2020 Citizen of the Year, Business of the Year and Nonprofit of the Year with a virtual awards banquet Thursday.

Citizen of the Year

The 2020 Citizen of the Year is Lisa Stanley, a resident of Rochester, and co-owner of Wit-Way Supply, a plumbing wholesale company in the city. Since opening the business in 1996, she has been actively involved in the community.

Stanley, a former city councilor and current Police Commission member, has been instrumental in initiating numerous programs into the Rotary Club and served on the chamber board.

She has served as a member of Rochester’s JOB Loan Committee, the Land Use Master Plan Committee and the Downtown Master Plan Committee. She also served on the City’s Utility Advisory Board and the Rochester Economic Development Commission. She served for many years, until recently, on the Frisbie Memorial Hospital Board of Trustees and is on the Board of the Southeast Economic Development Corporation. She was one of the initial organizers for CORE, the organization which later became Rochester Main Street.

She is the founder and leader of the Thank A Rochester Police Officer Day, now in its third year.

“Lisa is someone that does so much behind the scenes and does not seek any recognition,” Mayor Caroline McCarley said. According to fellow Rotarian Diane Bessey of the Monarch School of New England, “despite the countless hours Lisa spends owning and operating a business, she goes the extra mile to help others. She is a role model for volunteerism.”

Chamber President Laura Ring said, “Lisa is extremely dedicated to causes she believes in. She becomes fully committed to those causes and provides an excellent example of citizenship and philanthropy.”

Business of the Year

Service Credit Union is the 2020 winner of Business of the Year, celebrating excellence in a business’ industry and in the community. This award, sponsored by Index Packaging, goes to the credit union with two branches in Rochester: a traditional branch and an in-store branch in Walmart.

In February, Service Credit Union celebrates Random Acts of Kindness in all branches. Branch staff hand out Visa gift cards and offer sweet treats and coupons that encourage members to pay it forward.

Several employees donate their time volunteering at chamber golf tournaments, lunches to the YMCA of Strafford County, serving on Rochester Social Club and on the Rochester School Board. During Thanksgiving, Service Credit Union helped residents celebrate the holidays by donating $3,000 to We Care Food Pantry Inc., formerly the Revolution Food Pantry of Rochester. The credit union has served as the primary sponsor for Rochester’s Holiday Parade and provides support to the Rochester Tree Lighting. 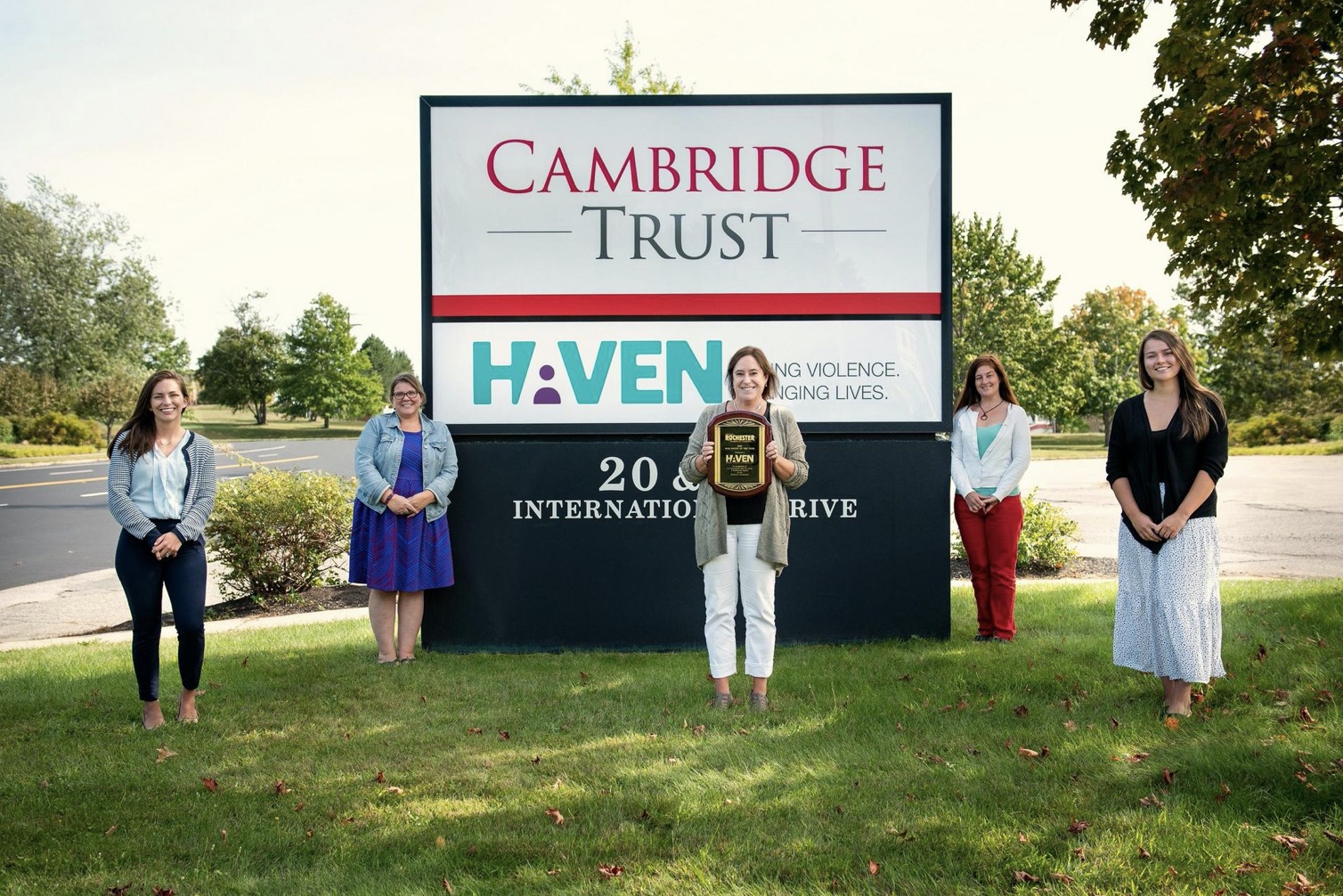 Nonprofit of the Year

The Nonprofit of the Year award goes to Haven, formerly known as A Safe Place and SASS. The groups officially merged In July 2015, becoming the largest violence prevention and support services agency in New Hampshire. This award, sponsored by Lydall Inc., is bestowed upon a nonprofit that demonstrates excellence in its organization and in the community.

Haven is dedicated to addressing public health through violence prevention and improving the well-being of children and families. Preventing abuse and providing support for those impacted by domestic and sexual violence can lead to healthier and more secure children and adults, according to Haven.

Haven’s mission is to prevent sexual assault, domestic violence and stalking and to support and empower women, men, youth and families to heal from abuse and rebuild their lives.