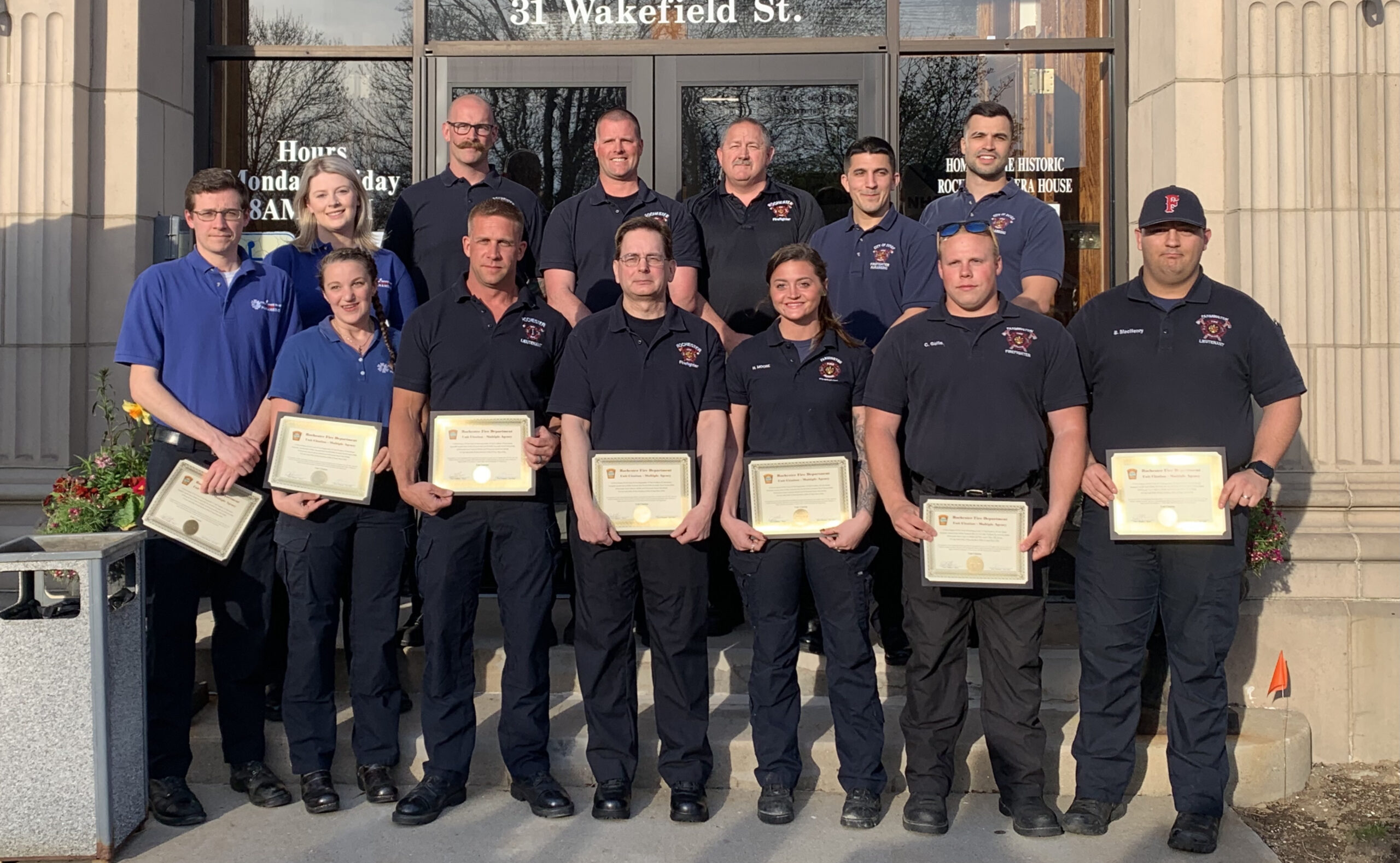 On the morning of Tuesday, June 15, 2021, Rochester emergency companies were dispatched to an address in Gonic for the report of premature childbirth of twins.

According to the report, after only 24 weeks of pregnancy, an individual went into labor and delivered two children just ahead of emergency crews arriving.

After an update from dispatch, it was quickly decided that additional resources would be needed as both children were in respiratory arrest and the mother was dealing with complications of her own.

Knowing that there were three patients requiring pre-hospital medical care, ambulances were requested from Dover and Farmington as well as E3 from the central station, in addition to an ambulance from Frisbie.

First on the scene was a paramedic from Frisbie Hospital, followed closely by Rochester E2 out of Gonic Station.

Both newborns required immediate CPR. According to Rochester Fire Department Assistant Chief, Timothy Wilder, the situation was “a very stressful and fast-paced environment as these newborns were so small they literally fit in the palm of your hand.”

All crews worked expeditiously to prepare the patients for transport to Frisbie Hospital where from there the Barbara Bush NICU Transport Team transported the infants to Maine Medical Center.

“It’s important to highlight the teamwork between the four agencies that came together on that Tuesday morning to effectively care for, transport, and deliver three viable patients to the hospital,” said Wilder. “These calls to most can be categorized as a ‘once in a career’ type of call and tonight we would like to recognize the emergency workers that made it happen.”

At the May 3 City Council meeting, Wilder announced that each emergency worker will receive an accommodation medal with the colors pink and blue for their efforts on June 15.

Wilder explained that the medals should be adorned upon a Class A uniform along with a Unit Citation certificate that reads the following:

In recognition of your outstanding lifesaving efforts in neonatal pre-hospital care on Tuesday, June 15, 2021, this Unit Citation is hereby awarded. Because of the coordinated efforts of these dedicated professionals, while working in a highly stressful environment, we honor them with this Rochester Fire Department; UNIT CITATION.

Wilder closed his remarks by thanking and congratulating all involved.